Whats going on!! Something to think about!!!

Whats going on!! Something to think about!!!

Our condolences to the Gregory Family.. Light & Love ur way…@IAmDickGregory

Traditional just war theory is an ethic of military that is studied by policy makers as well as the leaders in the military. It functions to ensure that war is justifiable in a morally manner through a certain series of criteria which must be met for a war to be just, it is known to have its origin in the Christian theology (Elshtain, 2002). The First individual to offer this theory was

Saint Augustine, he referred to the Bible and recommended on some war as necessary to amend an evil. On the other hand the 9-11 post era which comprises of the Fifteen Years of America’s “War on Terror”, this war on Terror was launched by the administration of George Bush weeks after the 9/11 incident exposed the barbaric nature of the US imperialism extending beyond Afghanistan borders where the US primarily invaded. Therefore, in this case we are going to see the applicable measures of the Just war theory that was applicable in the 9-11 post Era war on terror that took place for fifteen years in America. 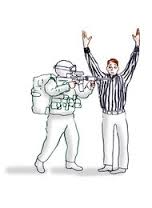 This all concerns the morality of going to war or the right conduct during the war itself, also the inclusion of the dealing with morality after war settlement and reconstruction. Concerning the 9/11 war, it was not all about protecting human rights and democracy but also about increasing the powers honored by the US (Elshtain, 2002). Just war theory is seen where the US government through its troops took a step to occupy the Middle East for the control of the reserves of oil hence leverage is obtained against its economic rivals gaining future profitability and dominance of its economy, this is a just to war criteria known as right conduct in war.

In conjunction with the just to war theory is concerning the political activities in the African continent. This is method of war is seen practiced by many African countries who are being overruled by greedy leaders (Brady, 1993). Often is the morality of post-war settlement and rebuilding of the nation after a leader allegedly refuses to be out of power.

Islamic terrorism has been a major challenge in the world today posing danger and killing a lot of lives, this has however, been tried to be solved through meetings by the state countries but proved to be difficult. Just war theory therefore is applied in that militaries are forced to cover up in borders and other go to engage with the terrorists so as curb the issue of terrorism.

Shows you the state of Hip Hop these days. It was created as the voice of us, now your favorite rappers are too scared to speak out because their masters won’t let them. Vitamin Q Williams!!!!!

This is the first of many series by Cedric Warren.  The Purpose of this Blog space is to engage the everyday person who can not engage in politics because life stresses are more important.  Keeping food on the table and paying bills are the focal point of life at the moment and don’t have much time to do research.  Enjoy the attached mix and I will chime in from time to time.

The Year of the Millionaire Big Bizzneesss Conference 2019